Last week, I was finally able to visit the Palace Theater in Albany, NY. I’ve heard many people talk highly of it and I had an opportunity to check it out for myself. 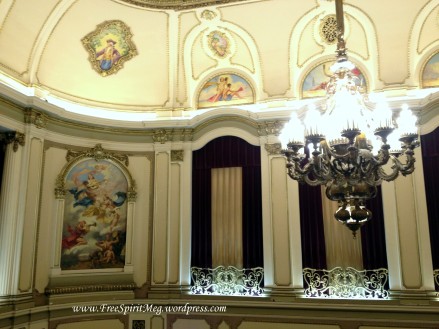 For my husband’s birthday, I got him tickets to a Rob Zombie concert. It was a great show
and we had a blast. 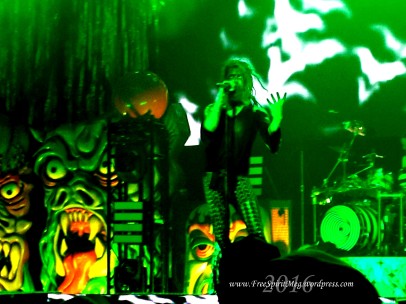 The theater was amazing! It was ginormous! It was built during the depression in 1931 and was the largest theater in the city. It still has the old fashioned architecture which is a marvel to look at. There were paintings throughout the theater that were stunning as well. 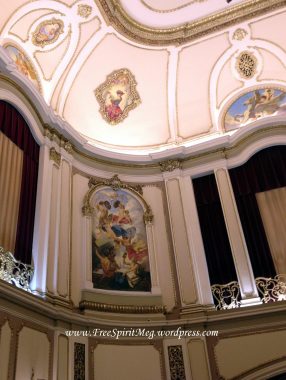 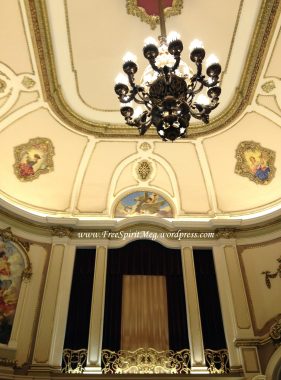 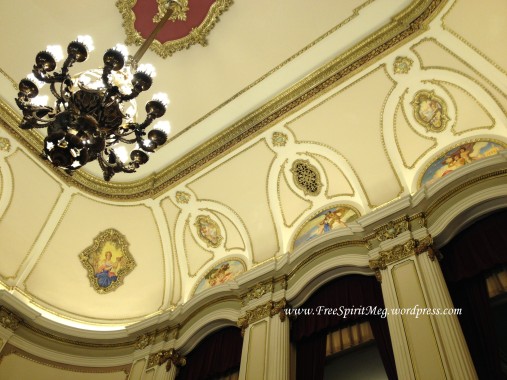 I didn’t have an opportunity to photograph the outside, unfortunately. Being that it was a big name concert, professional photography gear was not permitted inside so I could only use my phone to take pictures. I’m glad I could at least get these photos though! 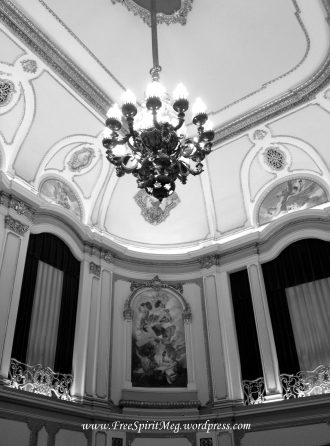 I hope you enjoyed this sneak peek into the Palace Theater. If you’ve never been there, I am now one of those people that highly recommends it. 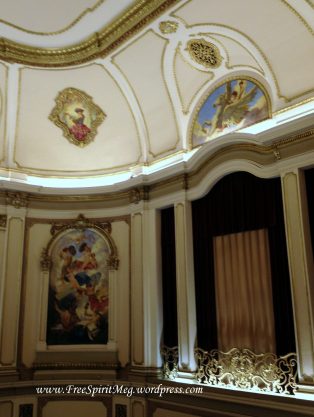 “Now raise your goblet of rock. It’s a toast to those who rock!” 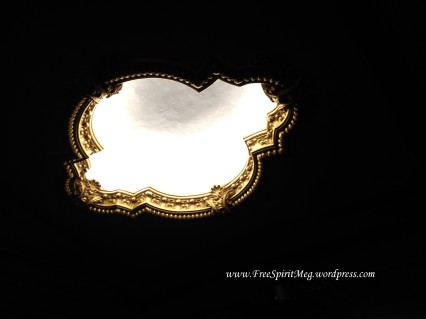