This past weekend my family and I went to Raptor Fest at Schodack Island State Park. No, it wasn’t dinosaurs. It was all about birds of prey. I had to work that morning so we showed up at the tail end of the event. Haha….tail end….see what I did there. Anyways, the festival was hosted by the Audubon Society of the Capital Region. They are an organization that started in the 1890’s to protect birds and their habitats. You can read about the history of the organization here. We were able to catch a fantastic seminar about raptors in the area which covered Kestrels, a couple owls to include the Great Horned, and a couple hawks. Sharon, the representative from Audubon, gave a great presentation and was very informative. I learned about some of my favorite birds and was introduced to some new ones as well. She would bring out each raptor one at a time, perched on her arm. They were beautiful and well cared for but unfortunatley were unable to be released back into the wild for one reason or another. The Great Horned owl sadly was hit by a car and lost a wing. One of the hawks suffered an eye injury and the others were found as hatchlings and raised by people. Therefore, imprinting with humans.

There were also vendors and other organizations related to raptors and nature preserves. I wish we could have made it for the entire event but just seeing that one seminar made it worth going. We had a great time at a beautiful park on a beautifully sunny day.

Have you ever been to a Raptor Fest before? Do you have a favorite raptor?  Leave your story in the comments below! Thanks for stopping by this week! 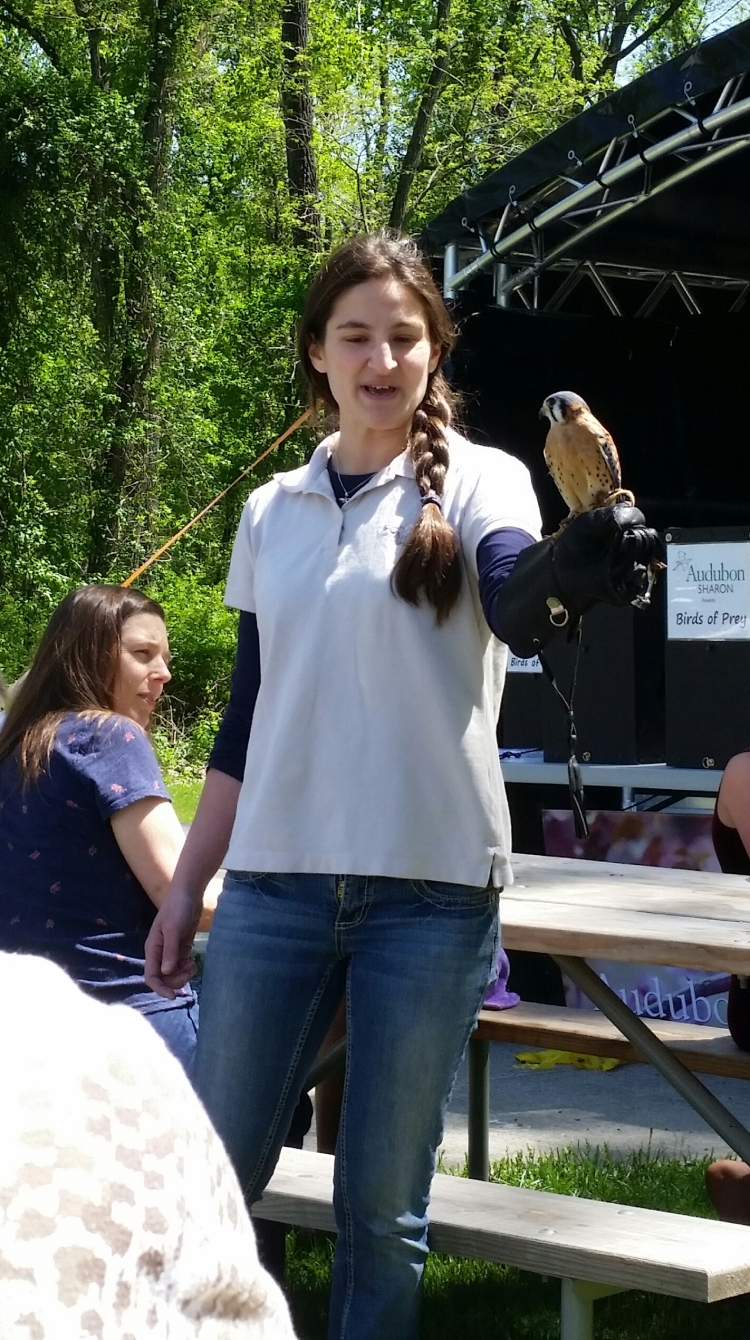 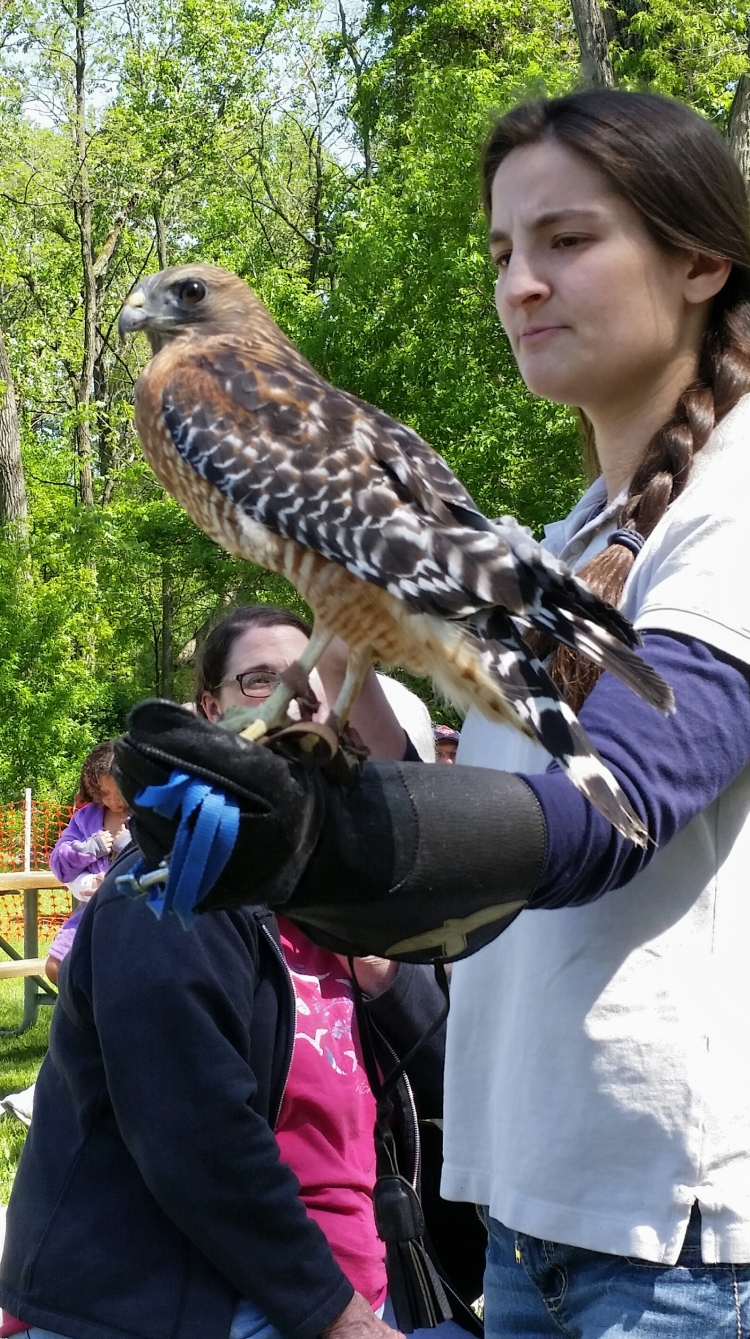 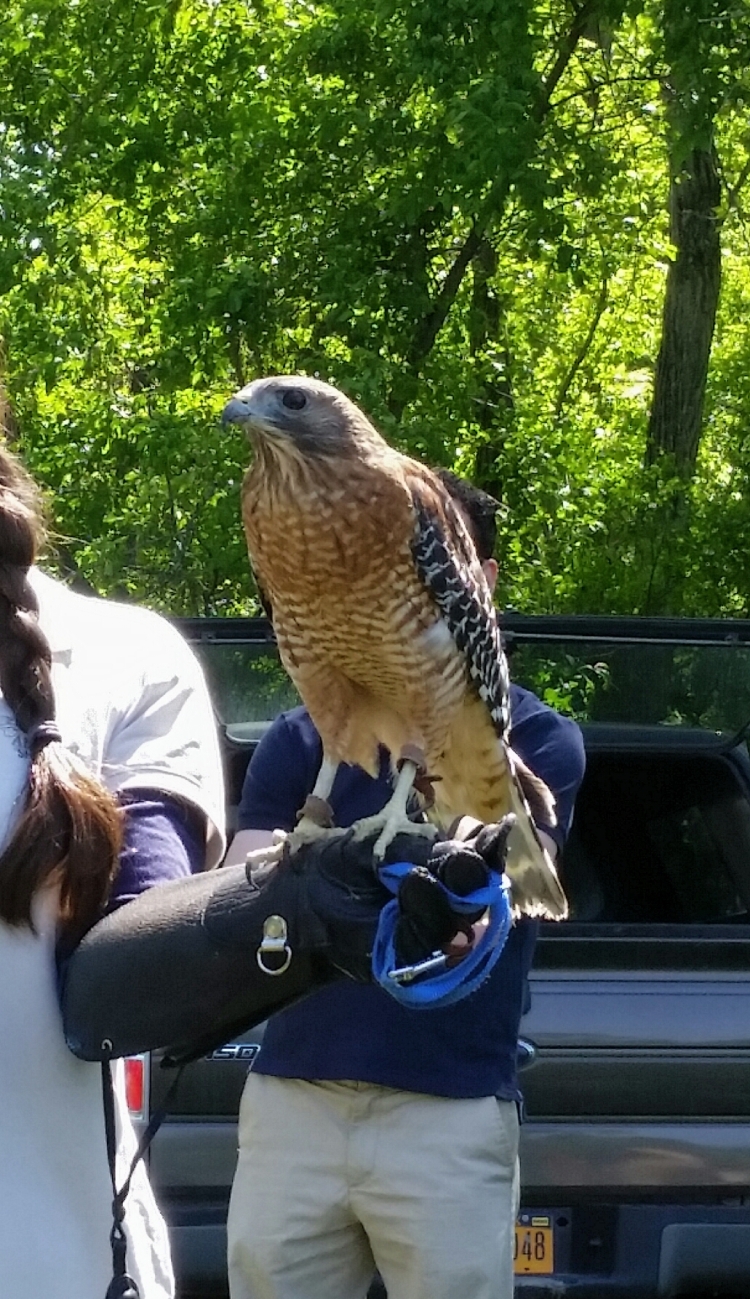 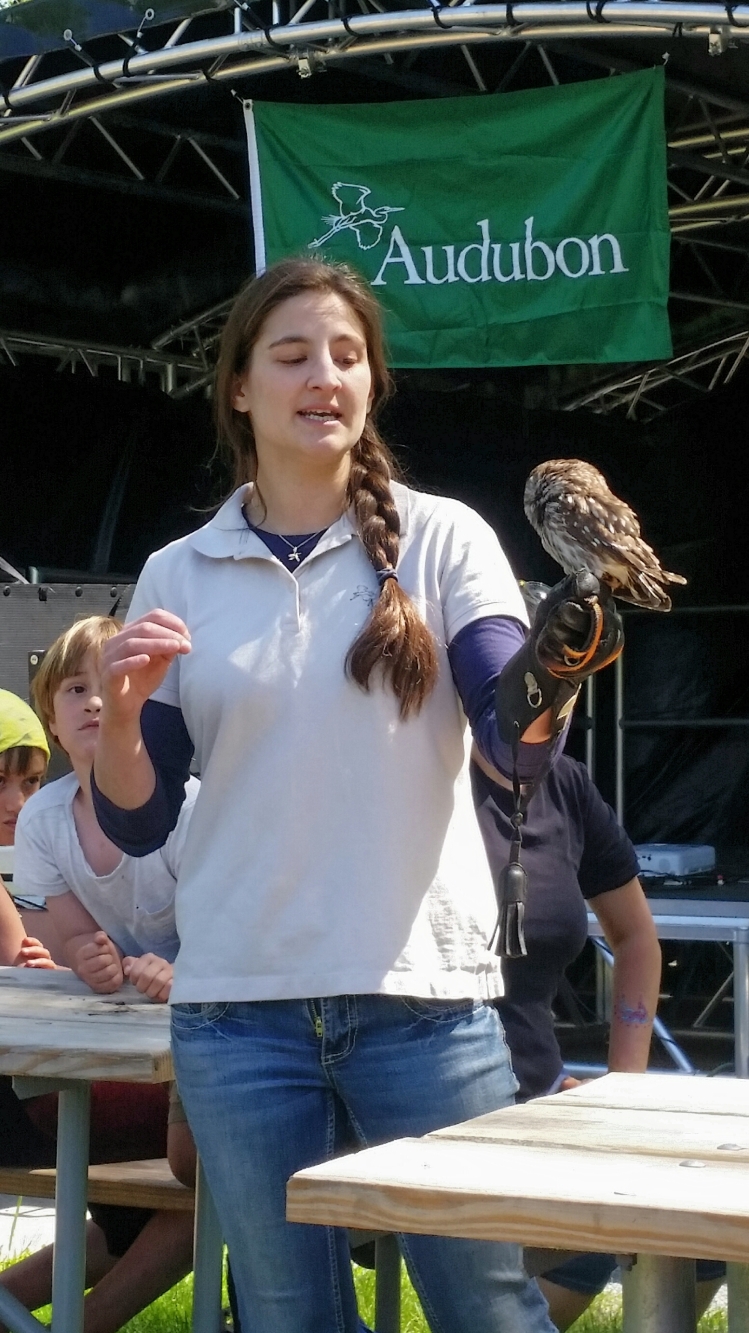 One thought on “Things to do: Raptor Fest”